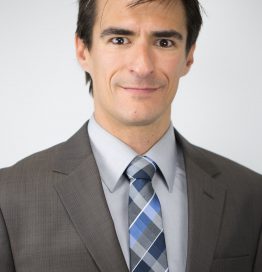 Ricardo Wickert was born in Porto Alegre, Brazil in 1983. He received the B.Sc. degree in Physics from the Federal University of Rio Grande do Sul in 2006, and the M.Sc. degree in Theoretical Physics from the same institution in 2008, with a thesis on quantum properties of chaotic systems. He held a research position at the Max Planck Institute for the Sciences of Light in Erlangen, Germany, investigating efficient implementations of optical quantum error correction codes and cryptography protocols. In 2015 he received the Dr. rer. Nat. degree from the Friedrich-Alexander University of Erlangen-Nuremberg. In 2013 Dr. Wickert joined metalogic GmbH in Munich, Germany, where he currently holds the position of Chief Analyst. His main research interests cover efficient information reconstruction strategies and self-learning systems with a particular emphasis on applications to the Energy sector.